Important Figures of the Acoustic Guitar

There are many important figures of the acoustic guitar and its rich history, far too many to mention here unfortunately. However, we can offer a brief glance at a few folks who have made significant contributions to the history of this great instrument.

Often cited as the greatest Spanish guitar luthier of the 19th century, Antonio de Torres Jurado is to the classical guitar (and ultimately the acoustic guitar) what Stradivarius is to the violin. Although he didn't introduce the building technique, his symmetrical bracing of the guitar's soundboard (the "top") revolutionized classical and acoustic guitar construction, with many guitars today still relying on his design. His designs were renowned for the rich, round, and and balanced tone they produced 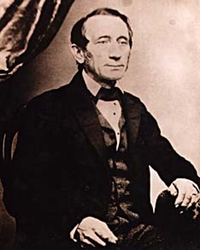 If any name is synonymous with the acoustic guitar, it is C.F. Martin. Originally a  German cabinet maker, Martin moved to the United States after a dispute with the Violin Makers Guild. Though it is unclear whether Martin actually invented the X-style bracing that has helped define Martin Guitars (Martin himself built his first acoustic guitar in the 1830s), it is certainly clear that the company help popularize this style of acoustic guitar construction.

This transition to X-bracing helped prepare the acoustic guitar world for the transition to louder steel strings, which exert greater pressure on the guitar's soundboard. Martin's innovations are numerous, including the Orchestral Model (OM) style and perhaps the most popular guitar style ever produced, the Dreadnought, which is the style of the company's signature guitar, the D-28. 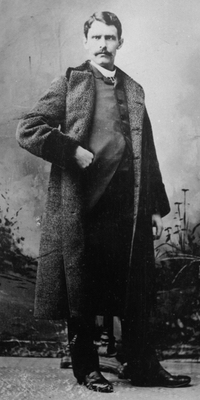 Few names are as synonymous with the history of the guitar - both acoustic and electric - as is Gibson.  Company founder Orville Gibson began his luthier career making mandolins, whose original designs were inspired by violins, utilizing carved, arched tops instead of flat top designs, leading to a patent for his contributions. Even today, guitars with similar designs are referred to as "archtop" guitars and are available in both acoustic and electric varietiesf. Sadly, Orville Gibson was removed from the company bearing his name after it was sold to keep up with demand that Orville could not sustain in his one-man shop.

While some might think Bob Taylor is too current to be included on a list of important figures of the acoustic guitar, we should consider the influence he has had on the mass production of quality instruments. Taylor pioneered the use of bolt-on necks with acoustic guitars, greatly improving the task of doing neck resets, which traditionally required heating the neck an removing it, a laborious, expensive, and potentially harmful process. Resetting a Taylor neck, while not a simple adjustment, hardly requires major surgery. Taylor Guitars has also pioneered the mass production of quality acoustic guitars using CNC computerized routers coupled with close hands-on

The above list is really just a start. I'd love to have you add to the conversation if you're interested. Are there luthiers or players you'd like to add to the above list? It's a work in progress, but you're welcome to make suggestions.