History of the Guitar

Evolution of the Guitar

As you’ll soon see, there was no single “inventor” of the guitar, whether you're talking about electrics or acoustics. Several important figures (some you’ve likely heard of, others you likely haven’t) played various roles in shaping the evolution of the guitar from its early incarnation to the current day. 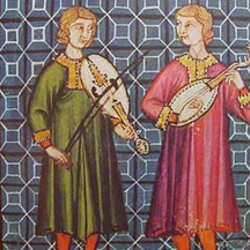 The acoustic guitar has a rich history that extends back nearly 800 years (some would argue even much longer than that) while the electric guitar is less than a hundred years old. The "ancestors" of our modern instruments can be found at least as far back as the 13th and 14th centuries, during the European Renaissance.

By the 16th century, music composed specifically for the guitar appeared. A Spanish instrument known as a vihuela is generally considered the immediate ancestor of the modern guitar, which soon outshone the viheula in popularity. It is safe to say that the 16th and 17th centuries saw the emergence of the guitar as an instrument in its own right.

Rise of the Guitar 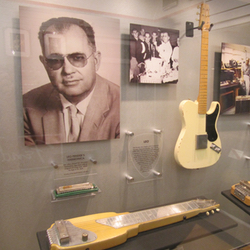 In the history of recorded music, the guitar initially played a relatively minor role. Guitar solos or lead lines were rare, and the instrument was usually relegated to a supporting role. With the rise of guitar amplification and the availability of recorded music to a wider range of listeners, the status of both the electric and acoustic guitar rose substantially. Without question, no musical instrument has affected popular culture in the 20th or 21st century as has the guitar.

What is it about the instrument that allowed it to be adopted by everyone from John Lennon to Steve Vai? Why is it that guitars from the 1950’s are more highly valued than guitars from the 1990’s? What was Leo Fender’s main contribution? C. F. Martins'? What role did Les Paul play in the history of the instrument? What other contributions were made by other less well-known inventors?

History of the Guitar - Final Words

These are just few of the questions you’ll discover as you study the guitar's amazing story. Hopefully, you’ll soon have a deeper appreciation of the rich history of this incredible instrument. If you'd like to add to this brief history, please let me know!

So Much Guitar › History of the Guitar