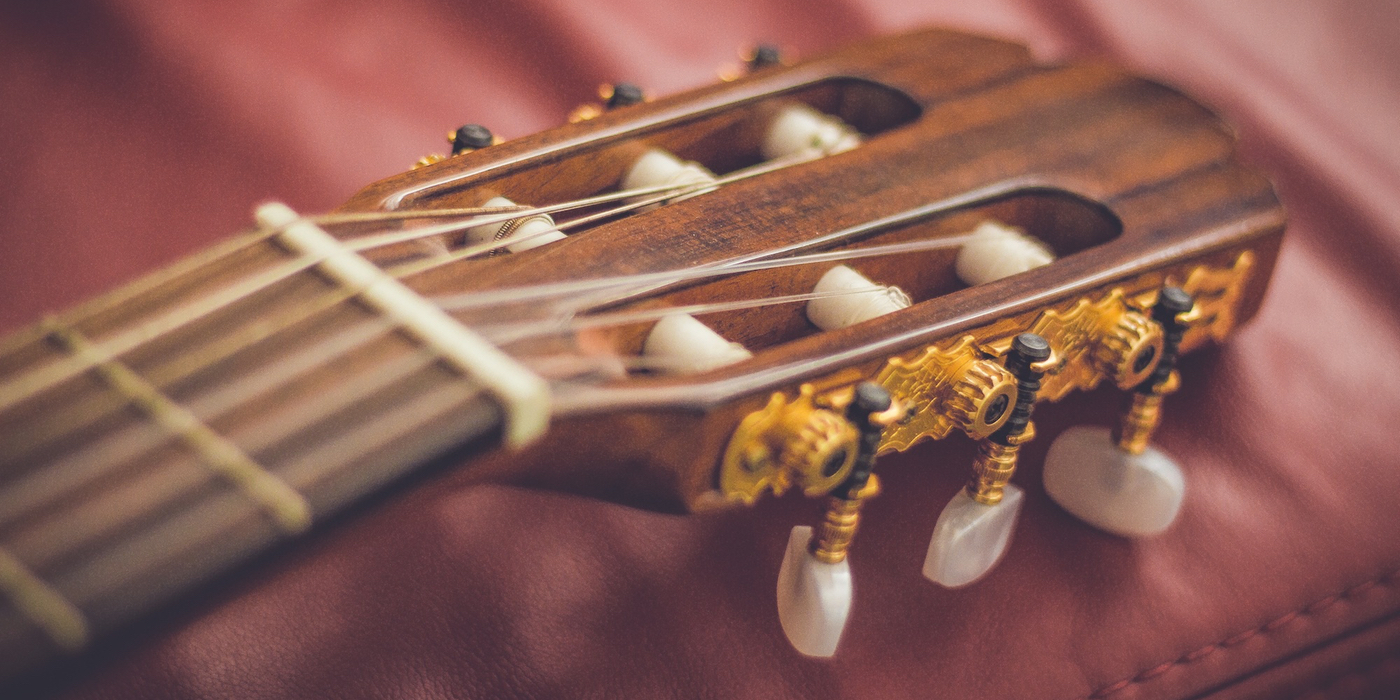 This list of essential classical guitar albums, like any list, is admittedly highly subjective, but the guitarists listed below are almost universally on anyone's list of the greatest classical guitarists in the modern era. If you'd like to make a suggestion for an addition or deletion, please check out the comments submission form at the bottom of the page.

Also, all of these albums may be purchased through Amazon.com through our affiliate links below. Thank you and enjoy reading this brief discussion of essential classical guitar albums.

A noted performer as well as teacher (counting Liona Boyd as one of his students), Lagoya performed often with his wife Ida Presti and both worked to improve and expand right hand technique for the instrument. An excellent representation of their work is the 6-CD set L'Art de Alexandre Lagoya avec Ida Presti, which contains 115 tracks demonstrating the couple's mastery.

Of course, one cannot discuss the practice or history of the classical guitar without including Andres Segovia. There is no shortage of Segovia anthologies or collections, but it's hard to beat the 4-CD box set The Segovia Collection, which contains Segovia's performances of such composers as Ponce, Torroba, Milan, Sor, and Bach. For this reason, it's on our list of essential guitar albums.

The Great Recordings is a superb collection of diverse recordings by this one-time student of Segovia whose contributions have earned him a spot on our essential classical guitar albums. Essentially a "greatest hits" recording, the album reflects his Christian faith in its song selection as well as his versatility, with representative composers including Villa-Lobos, Bach, Debussy, Mozart, Ravel, and Sor.

David Russell has a rightly earned reputation as a master of the classical guitar, with a beautiful tone, powerful technique, and broad repertoire. Given his extensive repertoire, it's difficult to pick a single album for our list of essential classical guitar albums, but his 2008 release Air on a G String is widely celebrated and often commended as a good first album. The album features works by J.S. Bach as well as Weiss, Saint-Luc, and Couperin. The recording is widely celebrated for its production as well as Russell's virtuosity.

Eliot Fisk, one of the last students of the great Andres Segovia, is as renowned for his teaching as he is for his performances (he did found the guitar department at Yale, after all). A recommended album is Fisk's interpretation of Paganini's celebrated 24 Caprices. It showcases both Fisk's technical and arranging prowess and is a necessary addition to our list of essential classical guitar albums.

Renowned for his wide range of classical and contemporary repertoire (he has an entire album, for example, devoted to The Beatles), the Swedish guitarist Göran Söllscher is a recognized virtuoso guitarist. While he has several excellent recordings, one of the most highly recommended is the Bach: Suites for Lute album where he plays a custom Bolin 11 string guitar that allows him to perform Bach's compositions with a range that neither a guitar or lute by itself would not allow.

Jason Vieaux is renowned for both his virtuosity and expressiveness, a powerful combination in the world of classical guitar. Known as both a master teacher as well as performer, one of Vieaux's most celebrated albums is devoted to a single composer, Manuel Ponce, and contains performances of all 5 of Ponce's complete guitar sonatas.

The onetime student (and critic) of Andres Segovia, John Williams is widely recognized as one of the finest classical guitarists in history, renowned especially for his impeccable technique. For those new to Williams' work or those who want a singular collection of his wide range of repertoire (from Baroque to modern), then The Ultimate Guitar Collection is a highly recommended addition to our list of essential classical guitar albums.

Julian Bream is widely considered not only one of the most accomplished classical guitarists to emerge from the mid 20th century, but is also credited with generating interest in both the classical guitar and the lute. His popularity is due in no small part to his vast repertoire, from Elizabethan lute pieces to contemporary classical composers. To that end, The Ultimate Guitar Collection is a highly recommended collection of Bream's works, though calling it "ultimate" might be a bit optimistic. Still, it contains a representative sampling of Bream's broad catalog and would serve as an excellent introduction to this master of classical guitar.

The Cuban classical guitarist Leo Brouwer is generally more recognized for his compositions than his work as a guitarist and perhaps rightly so. He has composed work for classical guitar and other instruments as well as for several films. The six volume Guitar Collection is highly recommended given the wide range of compositions included.

Canadian classical guitarist and composer Liona Boyd is known for her versatility and range on the classical guitar, though she is also regarded for her composition, singing, and songwriting skills. Though traditionally trained (she has studied with Segovia and Bream, among others) she is unafraid to marry her classical guitar training with popular culture, having played and recorded with everyone from Eric Clapton to Olivia Newton-John. On our list of essential classical guitar albums is the highly recommended compilation is The Best of Liona Boyd which nicely captures the beauty and elegance of her training on 16 tracks.

Any one member of the celebrated LAGQ is worthy of essential guitar listening, but when you combine all four members you get a potent combination of classical guitar virtuosity. The Grammy award-winning group currently consists of John Dearman, Matthew Greif, William Kanengiser, and Scott Tennant, who belong on anyone's compilation of essential classical guitar albums. While there are numerous recommended recordings ranging from their interpretation of everything from Baroque to Classic Rock, one of their most highly regarded recordings is the 1996 release For Thy Pleasure, which contains recordings from composers Bach, Handel, Telemann, and Purcell.

The young Montenegro-born Miloš Karadaglić is known for his virtuosity and command of the instrument, particularly his powerful live performances. From the Royal Albert Hall to smaller, more intimate settings, Karadaglić has already established himself as one of the top classical guitarists of his generation. I personally recommend both his award-winning debut album Mediterráneo and his tribute to Beatles, Blackbird.

The Spanish-born Narciso Yepes was widely regarded as one of the most technically proficient guitarists of the 20th century, having spend considerable time refining his right hand technique (mostly due in urging to his teachers, who were not guitarists). A celebrated performer the 10 string guitar, a fine introduction to his work is The Complete Concerto Recordings, a 5 CD set containing both classical repertoire as well as more modern compositions.

Perhaps the most celebrated Flamenco guitarist in history, Paco de Lucia both mastered traditional flamenco music while also embracing other genres such as jazz, including collaborations with fellow guitarists John McLaughlin, Larry Coryell, and Al Di Meola as well as keyboardist Chick Corea. An excellent, broad introduction to his work is contained in the two volume Anthology series, widely regarded as a perfect introduction to the breadth and depth of his playing.

Pepe Romero - Master of the Guitar

Hailing from a respected musical family (his brothers and father are all highly respected guitarists as well and all comprise the celebrated guitar quartet "The Romeros"), Pepe Romero is universally recognized for his powerful technique and virtuosity as well as his versatility with both flamenco and classical guitar styles. Highly recommended is the 11 CD set Master of the Guitar, which contains selections from the Baroque period onward. It is an exhaustive collection of Romero's work featuring both solo and group performances and captures both his incredible repertoire and virtuosity.

She's played with everyone from Steve Vai to Joan Baez, but classical guitar master Sharon Isbin is no sell-out. Indeed, she is well-known and respected for both her musicality and mastery of the instrument. A multi-Grammy winner, Isbin is unafraid to partner with other guitarists and musicians from other genres. She has tackled both traditional repertoire as well as compositions written by more popular artists such as Steve Vai. Recommended listening includes the CD set 5 Classic Albums which is a very affordable introduction to Isbin's work, containing a wide array of selections, as well as the newer Journey to the New World, featuring appearances by Joan Baez and Mark O'Connor.

Essential Classical Guitar Albums - What Do You Think?

Are there essential classical guitar albums that you think should be included in the above list? What would you like to add to this collection? Write me a quick note below and share your favorites with us!