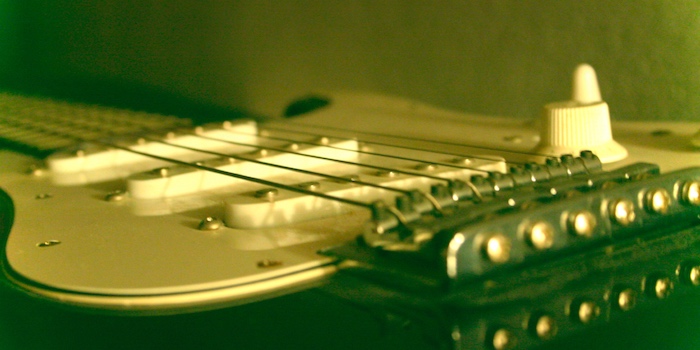 This electric guitar timeline focuses upon the history of the electric guitar and the important figures who helped develop it. It is by no means exhaustive, but rather is an attempt to highlight certain important events. If you believe I've omitted an important person or event, please let me know in the comments box below.

1931 - Invention of the "Frying Pan" electric guitar by Adolph Rickenbacker and George Beauchamp.

1940 - Les Paul builds the famous "log" guitar out of a 2x4 and an Epiphone guitar. While rejected by Gibson, it would set the stage for later deveopments.

1950 - Fender introduces its first production guitar, the Esquire (later to become the Broadcaster and Telecaster).

1952 - Gibson introduces the famed "Les Paul" guitar, named after the famed inventor and player though with no input from Les Paul himself. Gibson president Ted McCarty is the guiding force behind the introduction.

1954 - Fender introduces the Stratocaster. Originally a low cost production model along with the Telecaster, the Stratocaster (or "Strat") would end up becoming the most copied guitar in the world.

1958 - Gibson launches the Flying V and Explorer. Although the guitars are initially poorly received, they would eventually become popular with the rise of hard rock and heavy metal.

1963 - Rickenbacker introduces the 12 string 360, a favorite with Beatle George Harrison.

1985 - PRS Guitars is founded, merging the best of Gibson and Fender designs.

1992 - Parker Guitars is founded, offering one of the first truly unique innovations in guitar design in decades (along with Ned Steinberger's models).

In less than a hundred years, the electric guitar has become one of the most popular musical instruments in history. Would you like to add a significant even to our timeline? Let me know!