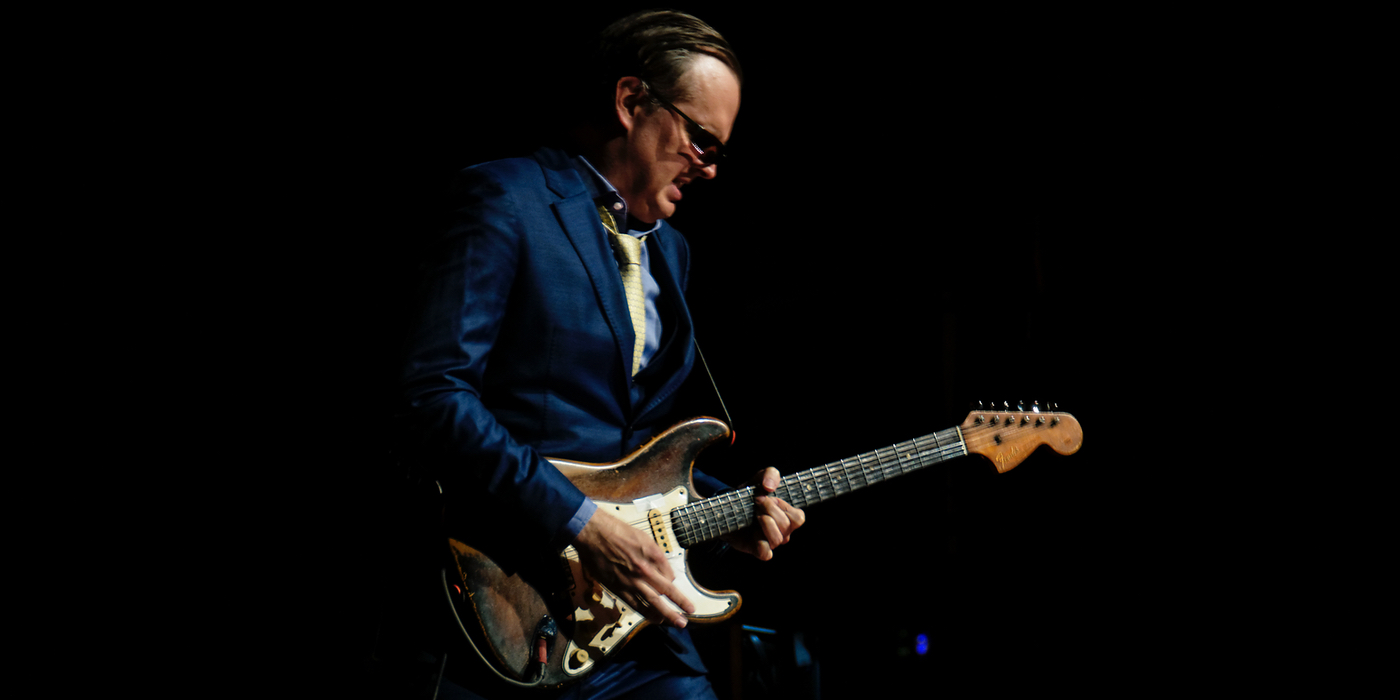 I'm going to assume that like most players these days you want to learn how to play the blues on an electric guitar. So to state the obvious, you need an electric guitar. Fortunately, you can use pretty much any kind of solidbody electric guitar to play the blues. Probably the most common choice for blues guitarists is the Fender Stratocaster or one of its many copies. Strats are known for their versatility, which helps explain their popularity, including amongst blues guitarists.

However, there are many different types of guitars used by blues players. While Strats are pretty popular, so are Telecasters (Albert Collings for example). Several players, such as BB King or Joe Bonamassa, favor humbucker-equipped guitars such as the Gibson ES-335 (or King's current Lucille model) and Gibson Les Paul. In the end, the type of guitar you choose isn't as important as the sounds you can coax from your chosen instrument. There are great blues players who play Strats and great blues players who play Les Pauls. It's best to choose an instrument you like and focus on tone and technique.

In addition to a guitar, you do need to pick an amp and any basic effects to modify your tone. Typically, blues players tend to favor clean to medium gain amps as opposed to super high gain amps, but that's not a universal rule. That's one reason why Fender amps are so popular with blues guitarists. Fender models like the Twin Reverb or Super Reverb have proven to be popular with blues players for some time. Many players have also used Marshall amps as part of their studio or live rig (such as SRV and Joe Bonamassa) and the elusive (and very expensive) Dumble amps and their many clones are also sought after.

As far as effects go, without question the most popular pedal choice is the Ibanez Tubescreamer or one of the hundreds of clones produced (many with features that outshine the original). Tubescreamers can be used to push an already-overdriven amp over the top or add some crunch and gain to a clean amp tone. Blues guitarists also tend to use other effects such as a wah wah, fuzztones, and vibrato or rotary pedals. Delay pedals aren't uncommon either, though blues players usually favor analog-flavored delay and echo effects.

Of course, you can have all the best gear in the world, but if you don't understand the basic form of the blues and essential blues guitar technique and theory, you will have just wasted your money on fancy toys (and many do).

The blues form itself is based on a 12-bar pattern, typically using dominant chords. So, a basic blues in G would look like [G7 - C7 - G7 - D7 - C7 - G7], spread out over 12 bars. From a soloing standpoint, the most common scales used in the blues are the minor pentatonic (e.g. in G: G - Bb - C - D - F - G) and blues scale (e.g. in G: G - Bb - C - Db - D - F - G), though the mixolydian mode and major pentatonic get used as well. For a jazz blues, you would use the dominant bebop scale, but that's more of a jazz thing. Understanding the 12-bar blues and the blues scale/minor pentatonic scale are essential blues guitar basics.

Two essential blues techniques are string bending (going from one note to another by bending the string) and vibrato. How you use these techniques are two of the most important parts of developing your own style. Both bending and vibrato are perhaps the most expressive tools in the blues guitarist's vocabulary and it is worth taking the time to master them. At first, you should emulate the style of the guitarists you admire, trying to cop their sound. Eventually, you'll develop your own style, but there's nothing wrong with copying the work of others first. These two techniques are vital tools and must-know blues guitar basics.